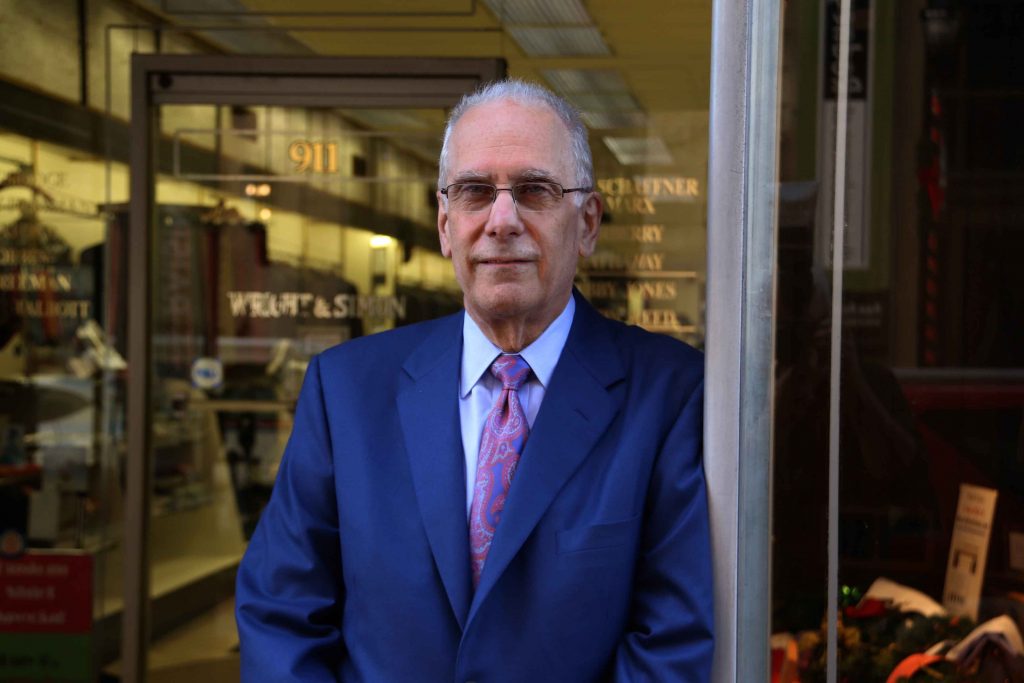 Leonard Simon has had a window on the world of Wilmington — and the retail industry – his entire life.

His father Morris joined with James H. Wright and J. Louis Simon in 1935 to establish the venerable men’s clothing store that still bears their name, starting on West Ninth Street and later moving to its current location at 911 North Market Street in 1952.

Simon started helping his father in the shop in the mid-1960s and went to work full time in 1972 after a stint in the US Army.  Since then it is fair to say he’s seen epic loads of change – for his city and business. 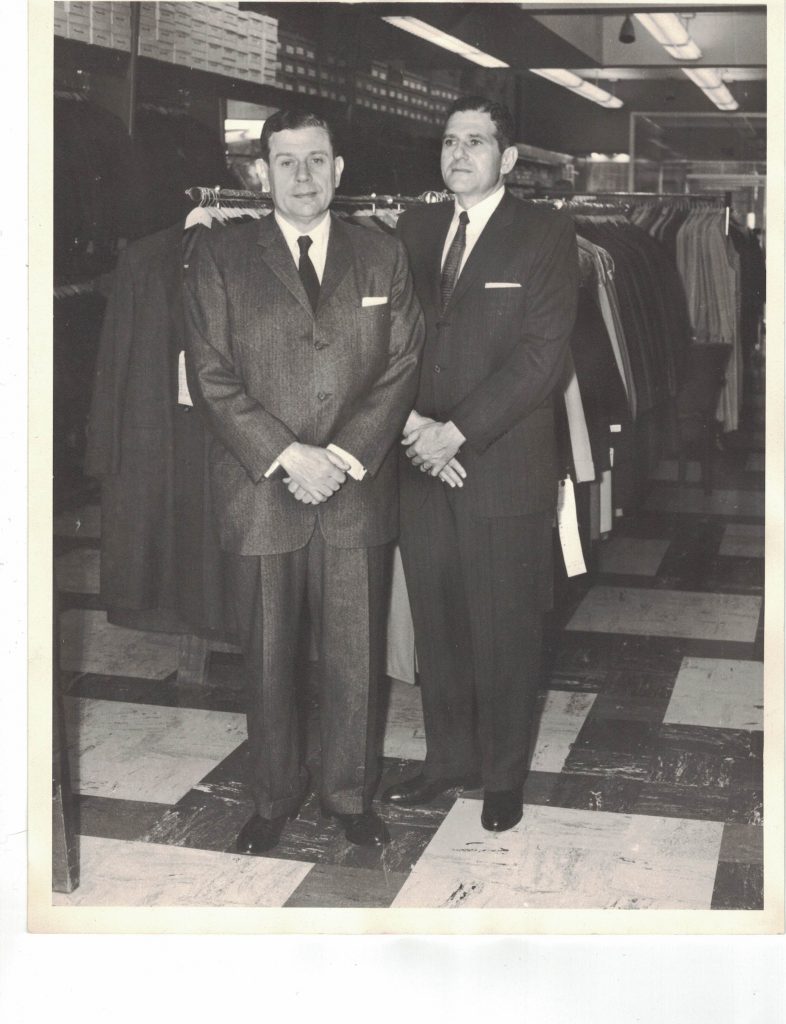 Standing Strong Through Decades of Change 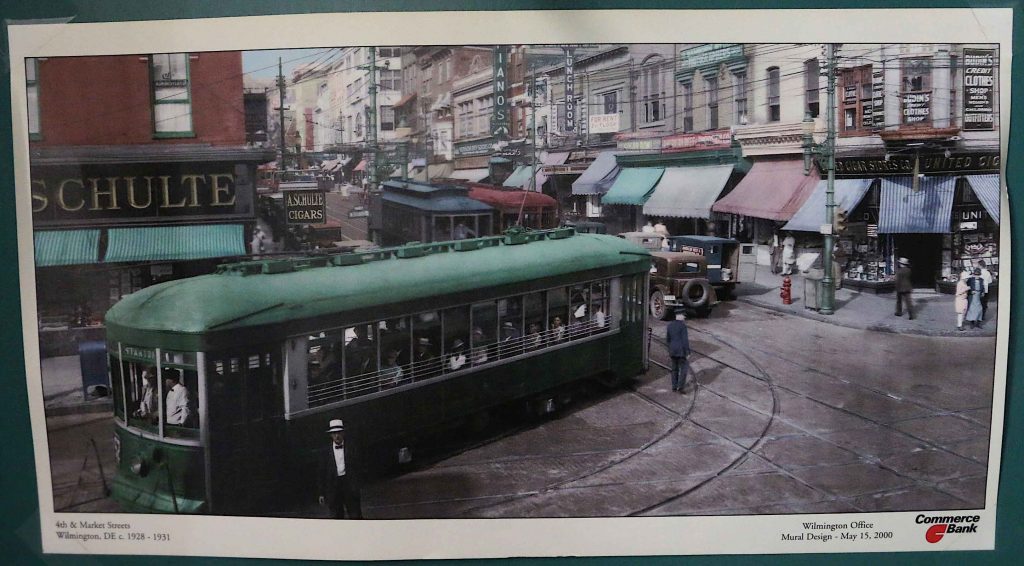 The lanky proprietor of Wright and Simon was unsurprised but still saddened to see his friends Gemma and Jack Buckley close the doors on their 9th Street Book Shop earlier this year, another casualty of the mighty, long-gathering forces transforming commerce across a million American storefronts.

The event – not the first of its kind – certainly hit close to home.  After all, the idea of a local downtown haberdasher, fitting up male bankers and lawyers in custom shirts and suits seems anachronistic, a throwback to the days of Wright and Simon’s founding, when FDR was president and fellas wore wool suits with ties and homburg hats to afternoons at the ballpark or racetrack.

Indeed, not only were styles different, but “downtown was the center of all retail business then,” says Simon. “There were many men’s shops downtown as professional attire was the only way men dressed — the ‘big three’ were Mullins, Mansure & Prettyman, and Wright & Simon.  My father had a group of talented tailors and seamstresses and a large professional sales staff.”

That world is long gone, of course; retail establishments of all types have taken a nose dive, and downtown Wilmington doesn’t produce the same kind of foot traffic it did when Wright and Simon moved to a marquee Market Street location in the bustling post-war Fifties.

Yet Simon, a baby boomer who recently celebrated a birthday that ends in a zero, continues to grind away, pivoting and planning, always seeking new ways to survive and even grow, undeterred amid a vortex of bewildering cultural and commercial change.  Fiercely, determinedly, he hoists his sail into treacherous gales six days a week, unbowed by the chaos online giants like Amazon have wrought to independent businesses like his – not to mention the rollercoaster ride that he’s endured as a charter member of the Wilmington business community.

“As the years went by, the suburbs began to emerge, the building of I-95, and the 1968 riots began to change the face of downtown,” he recalls.  “Stores fled or expanded to the suburbs to serve the emerging population.”

But Wright and Simon did not join that fleeing herd. “We always stayed on our mission and stayed put, which turned out to be the best decision ever made by my dad. The core of the corporate community was still here.” Today, Wright and Simon’s once “large, professional staff” is down to five, including tailor Dominick Pullella, who has been artfully nipping, tucking and hemming customers’ high-quality garments there for more than 50 years.

Embracing the Past and Conquering the Future 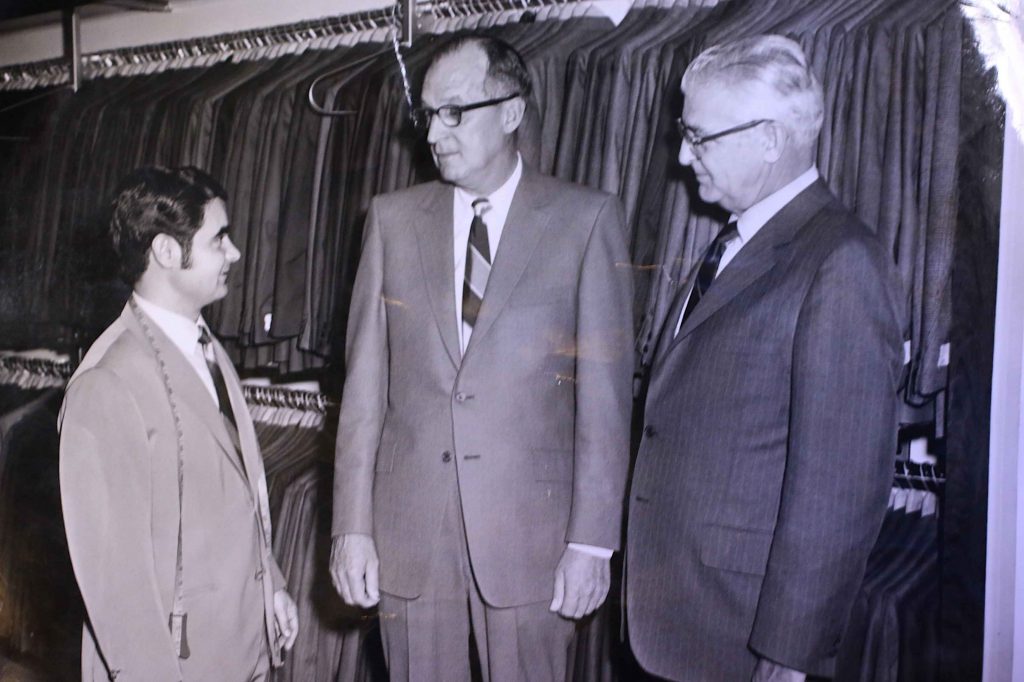 Like so many multigenerational businesses, Wright and Simon is a story of family and of America.

Morris Simon was the child of immigrants from Eastern Europe, and after graduating from Wilmington High School he started a degree at the University of Delaware.  But as with many, the Depression interrupted these plans and he left school to support his family, hooking up with Mr. Wright and Mr. J. Louis Simon shortly thereafter.  Eight years later, world events intervened once more, and Morris was drafted and sent off to Europe to fight the Nazis, leaving a young family behind.

Upon his return, Simon recalls, “Mr. Wright threw my dad the keys and said, “Moishe, the place is yours.”

“Market Street was alive — you could buy anything on the street…electronics, women’s clothes, shoe stores, from Second to Tenth Street,” said Simon.

Morris stayed active in the business right up to his death in 2002, and Leonard Simon still thinks about him every day.  “He was my mentor and my hero,” he says, adding “I view myself as a caretaker, just maintaining what he built.”

But Leonard Simon has had to do more than tread water to stay alive in his business and city.

“Since my dad’s passing there have so many changes affecting retail both locally and nationally. Two major changes were MBNA going away and the recession of 2008.”

Simon’s strategy was shifting from selling off the rack to offering ‘made to measure.’

“It was a transition that I was fortunate enough to embrace. It is the main reason we still exist in the apparel industry today. With the changes from professional dress to sloppy casual as I call it, we became a niche and destination retailer for those still interested to dress and look professional. We still sell a lot from stock, but that growth is flat while made to measure continues to grow.”

Certainly, another critical element of the store’s viability has been Delaware’s still thriving corporate legal practice, requiring well-attired local attorneys and not infrequently bringing out of town customers into the store.

“A guy from Houston Texas came in who was here for a case, in need of a nice heavy coat.  He found us by searching for fine men’s clothing online, he said he couldn’t find what he needed at the mall.  He said, ‘you are just what I’m looking for.’”

The Wright and Simon recipe for success is quite simple, a playbook that many smart businesses of all sizes understand and embrace: Know your customer.  Offer exceptional service. Keep innovating.

Heading into 2019, Simon ranges from being “cautiously” to “very optimistic about the future” noting that he’s a supporter of the current mayor and efforts to make the city more inviting.  He’s bullish on Market Street although he points out “the city needs more than restaurants and bars” and there will be natural casualties among the new businesses opening downtown.  “Not everyone is going to make it.”

For his part, Simon is focused like a laser on reaching new customers.  “For brick and mortar to survive you must offer a unique product and service to get people to walk in your door. That is the challenge going forward. Trying to reach that younger consumer to what a store like ours offers is a challenge. I wish I had the magic answer to that question.”

His plan? “Keep charging ahead.  I’m not going anywhere.”